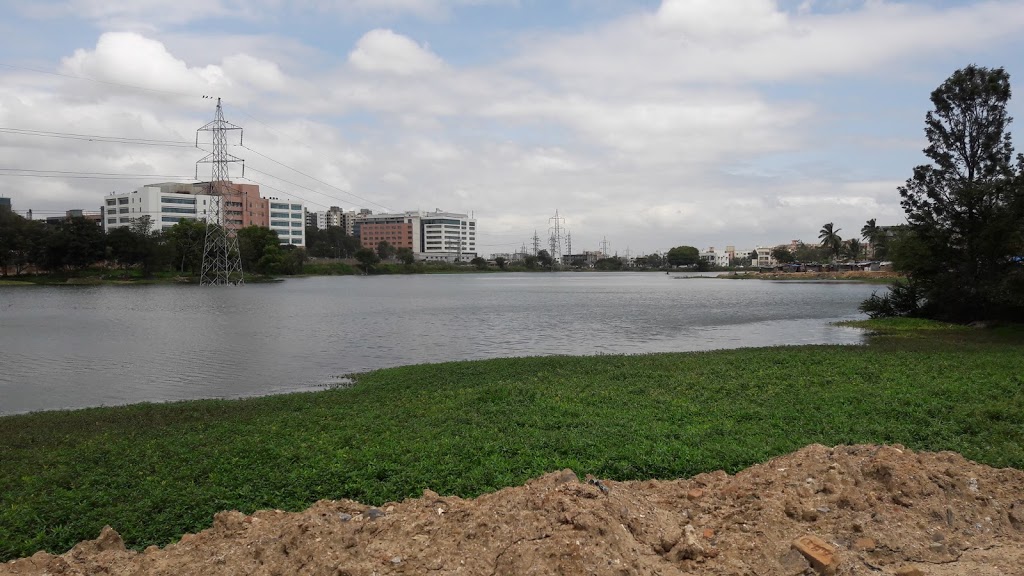 A Clean Technology for Clean Lakes – Ecoparadigm shows the way

This article appeared in the Clean India Journal

Bangalore lakes are known to make news for the wrong reason. The ignominy of the foaming and frothing of Bellandur and Varthur lakesdue to extensive pollution has made it to the headlines even in international media. Bangalore, once a city of lakes is now being threatened to be declared as ‘unliveable’. Dr. T. V, Ramachandra of the Centre of Ecological Sciences, Indian Institute of Science has time and again sent warning signalsthat the city has to pay heed to its lakes that are rapidly dying. For years, anthropogenic activities such as dumping of building debris and indiscriminate disposal of industrial effluents and sewage wastes have altered the physical, chemical as well as biological integrity of the Wetland Ecosystem.

However, there has been a beacon of light in an otherwise bleak future of Bangalore’s Wetland areas. The rehabilitation and rejuvenation of Kundalahalli Lake that took place last year won the National Water Award for the year 2018 under the best Resident Welfare Association (RWA) category. These annual awards have beeninstituted by Union Ministry of Water Resources, River Development and Ganga Rejuvenation, Government of India andcarries a citation and a memento and a cash prize of Rupees Two Lakhs. The project was selected for adopting an innovative concept to treat sewage to a high degree of purity and permitting clean water to replenish the lake. The Award was conferred at a function in New Delhi by Shri.Nitin Gadkari, Honourable Minister on 25th February 2019.

The Kundalahalli Lake is situated in eastern Bangalore on 30.5 acres of land and initial work started in 2016 by the Bangalore civic administration BBMP and the local resident’s welfare association. The lake had encroachments and solid waste including plastics and other dry-waste was piling up. The lake periphery was used for open defecation and the lake itself was a cesspool of sewage covered by water hyacinth. While the Brookefield Residents’ Association and BBMP managed to prevent encroachment and illegal dumping of debris, the central issue of rejuvenating the lake remained. This was when theresidents’association sought the expertise of ‘Ecoparadigm’ – a Bangalore basedenvironmental engineering company, which works on implementing solutions for sewage treatment, rain water harvesting and has implemented many projects in India and abroad including 10 countries spanning four continents. With several corporates pitching in for the funding, thisRupees six crore project was truly a public-private partnership.

The basic technology of the wastewater treated with DTS Technology includes a Settler, Fluidized Bed Reactor, Fixed Film Reactor, Planted Gravel Filter and Pond. The treated water is then discharged into the lake.Two Decentralised Treatment Systems (DTS) were installed at the lake that treats around 780 kilolitres of incoming sewage every day. This natural eco-friendly DTS needs no energy or chemicals for water treatment.

To date the DTS at Kundalahallihas clocked about 17520 hours of working and has treated 550000 KL of wastewater at a negligible cost of Rs. Two per 1000litres. It has discharged more than 400 millionlitres of clean treated water into the lake water body. This award-winning technology does not use electricity, chemicals, or skilled workforce to run it.

“It is very important to use technology that is appropriate, decentralised and sustainable in executing projects for the environment, specially pertaining to waste water and solid waste,”says Pravinjith, MD, Ecoparadigm Technologies.

Undeniably, this story shows that other than active citizenryand funding, it is the adoption of the right technology that is crucial. The hunt for smarter ways to preserve the environment is gaining traction even as the theme for this year’s UN World Habitat Day 2019 was“Moving towardsFrontier Technologies as an innovative tool to transform waste to wealth”. With rapid urbanisation in India, statistics point to an increase of 91 million people in the decade between 2001 and 2011. Between 2018 and 2050, it will be a staggering 416 million.

“These numbers clearly point to the fact that we have to adopt appropriate technology in dealing with our civic issues. The National Award for the project was the result of a collective effort and an example of how teamwork pays off. The Brookefield ResidentsWelfare Association's effort in initiating this project and selecting this technology paved the way for sustainable rejuvenation. We also thank all the BBMP officials who gave us all the support,” adds Pravinjith.

But as the adage goes, the proof of the pudding is in the eating. Says Arvind Keerthy, Urban environmentalist and member of Brookefield Resident Association, “When we took up the challenge of rejuvenating the Kundalahalli Lake, we needed a nearly unbreakable treatment system with nearly zero maintenance cost. Ecoparadigm successfully solved this challenge with the DTS technology.”